Another family festivities on the occasion of the Children’s Day has just finished. On Saturday, 30 May the square of our company was again transformed into the Children’s Town. This year  our main goal was to integrate children with parents and their time spent together. Thus, among others, pizza baking workshops appeared and then kids and their parents learnt how to prepare a delicious pizza. Of course, at the end they ate it together. One more integrative fun was making costumes for children from available materials such as newspaper, tissue, string, foil. The parents’ fantasy was really amazing  -resulting in beautiful dresses for little princesses and robots’ costumes, all of these can be seen in our  photo section. Also Wenglorz employees whose children took part in SMYK fashion show had a hard task - the youngest participant of the show was only 1,5 years old and he completely didn’t understand what all the fuss on the stage was about! As usual we couldn’t miss educational activities for children. In the specially designed tent, scientific workshop was held. There the youngest learned how snow is created or how steam from dry ice is formed. From the stage, Zumba Latin rhythms and  the sounds of the Little Drummers band could be heard. At the very end of the show  a real surprise was prepared – capoeira display! Special volleyball games as well as sports competitions for our employees took place as the final part of our event. For the first time we had  Children’s Day partners, who sponsored  great prizes for children. We would like to thank very much Smyk and Trefl company – thanks to them huge smiles appeared on the faces of the winners! The countdown to next year event has just started. https://www.youtube.com/watch?v=7nxJbk9Qtbk&feature=youtu.be 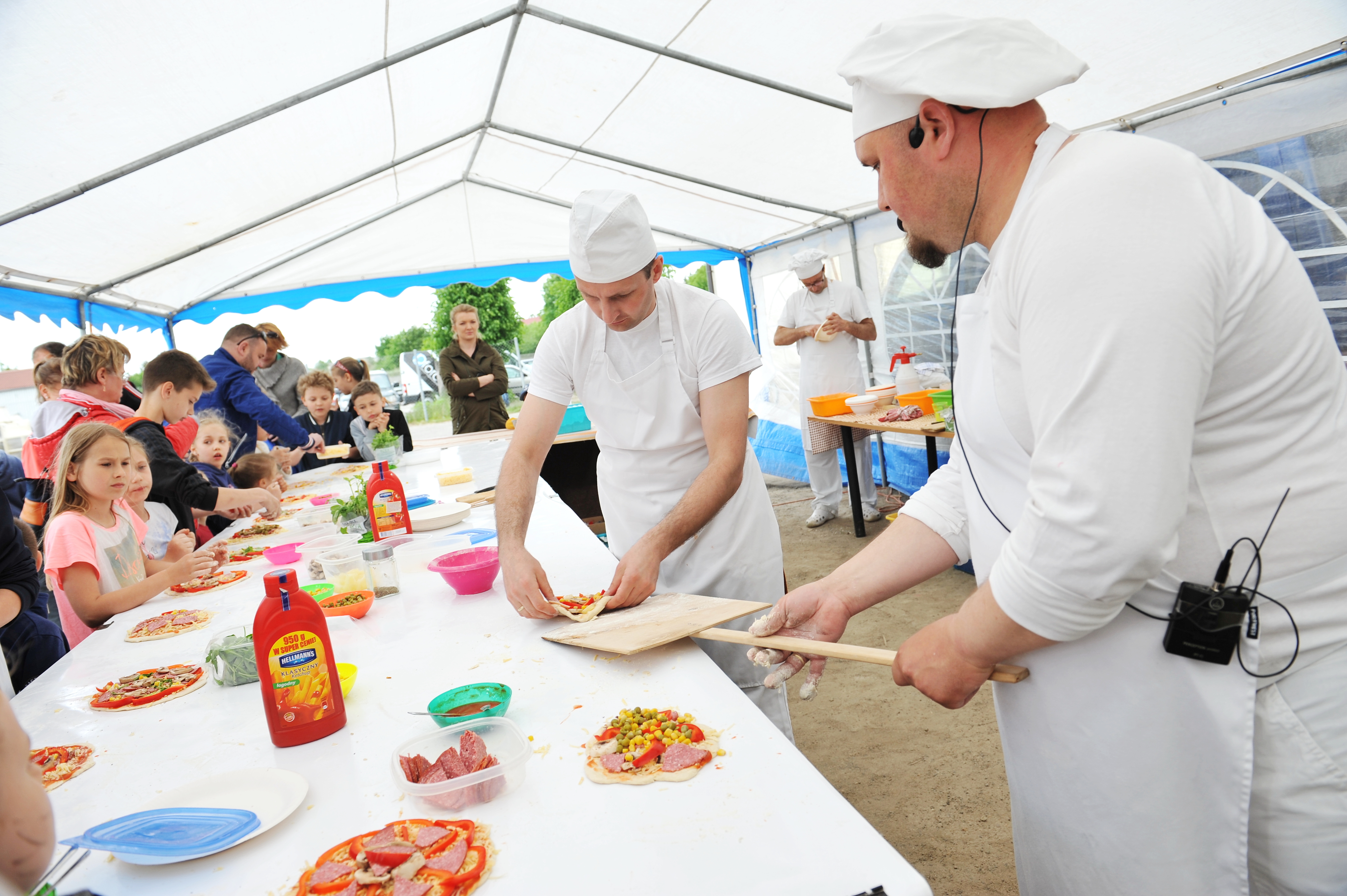 After two years since the exciting V Gala Wenglorz Fight Cup was organised, it was time for another edition! On Saturday, September 26, 2015  the VI Gala Wenglorz Fight Cup took place. For the first time we invited fans of Martial Arts to the courtyard of Hotel Krasicki in Lidzbark where a special tent was put up. The fight card consisted of seven fights: in formulas MMA, K1, Muay Thai and Mauy Boran and our competitors came from Poland, Bosnia and Herzegovina, Ukraine, Lotvia, Belarus and Slovakia. In the most important fight of the evening on the basis of Mauy Boran, for the first time at the Gala Wenglorz Fight Cup we saw Arkadiusz Wełna and Muhamed Mahmits. Muay Boran is ancient Muay Thai, where competitors are not divided in terms of weight and instead of gloves there are hemp ropes, and the most important thing is “no grips banned”. Arkadiusz Wełna won the fight! One of the Gala stars was a titled competitor of  Polish Muay Thai - Aleksander Kruk professional double world champion and fourfold European champion. He fought with Maciej Dylik, who was defeated in the fourth round. In super fight K1 Stanisław Zaniewski BMAF champion and champion of the Baltic countries WFCA K1 appeared. His opponent was Vasyli Halych - the champion of Ukraine. Competitors fought until the end of the third round,  and Stanisław Zaniewski won as a result of unanimous decision of the umpires. In addition, the MMA fight gave us a huge dose of emotions. In single-elimination tournament in weight up to 90 kg competitors Adrejs Zozula (Lotwa) vs Michael Oleksiejczuk (Poland) and Michal Dobias (Slovakia) vs Lukasz Borowski (Poland) could be seen. The winner of MMA tournament in the first round, was Michael Oleksiejczuk who beat Michal Dobias. Congratulations to all the winners! In between fights the group X Ray from Warsaw performed. The Gala was led by Jacek Lenartowicz. Trailer  https://www.youtube.com/watch?v=fs0EEClpYG0   Gala Wenglorz Fight Cup VI https://www.youtube.com/watch?v=-MCpFt1IvDc

Newsletter - we do not send any newsletters at the moment.